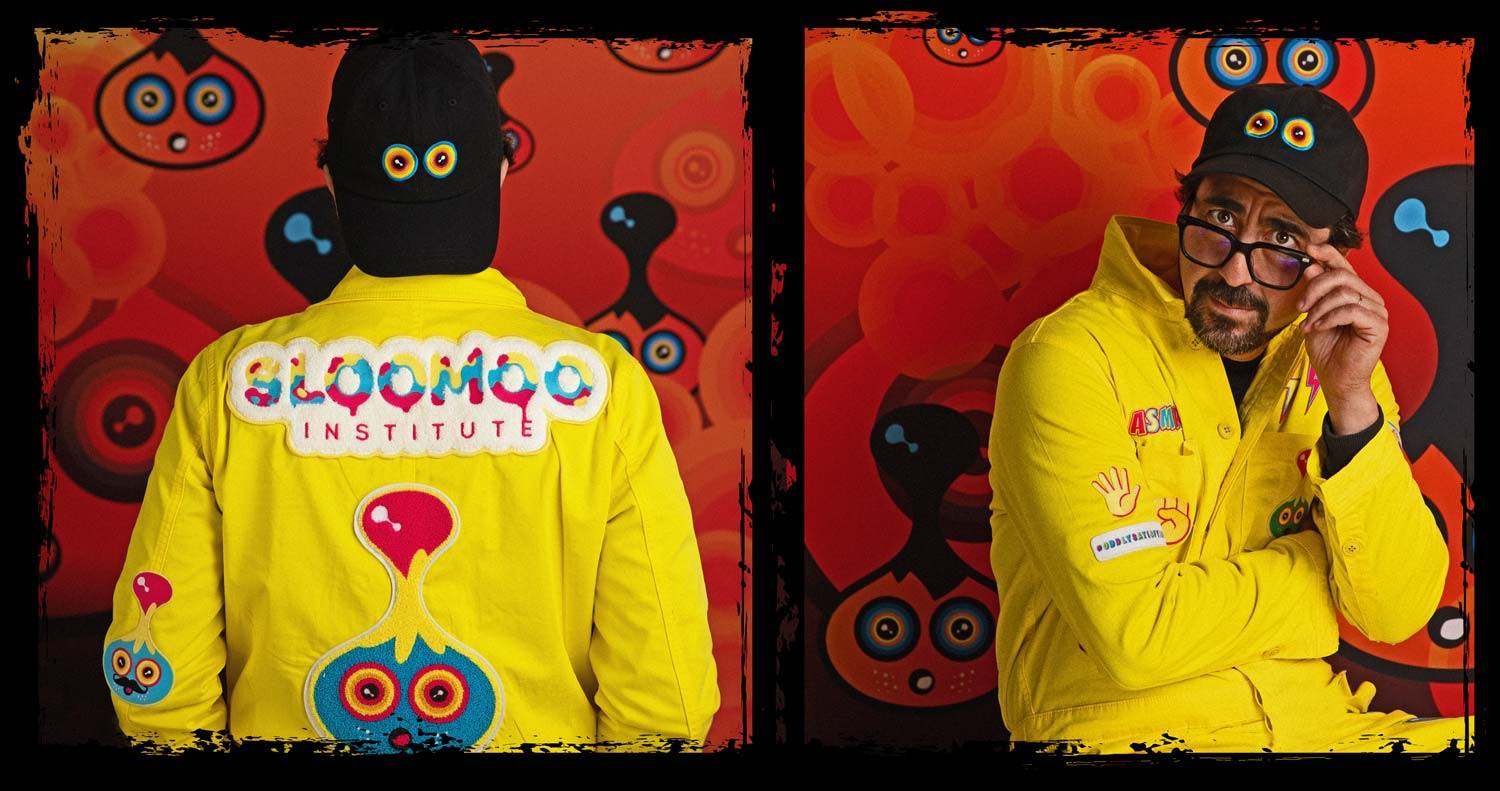 One on One with our designer

Meet the man who created our Sloomoo character (our logo and branding too!). JD is a designer and the founder of a boutique agency we have been working with for 20 years. Here, he shares how he dreamed up our character over 15 years ago and his vision for virtual slime!

What is your background as a designer

Ever since I was a child, I wanted to draw imaginary characters. I started at the age of 6, painting funny character expressions on pebbles I found. I then proceeded to sell them outside my house to tourists. Never knew whether it was for the art or the fact that a six year old was selling painted stones on a street in Tunisia.

How did you come up with the sloomoo character

I came up with Sloomoo in 2006. At the time I called it Lub. It was all about using simple shapes with maximum expression. I would do these large textile prints, mounted on frames, for my kids’ rooms. It made them feel safe to have a friendly character look over them.

Probably very temperamental and emotional. Always with a sense of curiosity.

Where does your design inspiration come from

During my masters at Parsons in NYC, I discovered 3D animation and began working for a character animation studio. The idea of creating abstract beings able to react and behave with human emotion was a revelation. I grew up watching Texas Avery and Bugs Bunny. I wanted to be in that world. Who framed Roger Rabbit was also a great inspiration. Then in 2008, I launched a few stores for kids in the West Village. Yoyamart was following the trends the Urban Vinyl Toy. For the first time street artists and illustrator  were compelled to design toys. I began working with Kidrobot and brought our monkey to life on the Dunny.

What drew you to this project

I had heard of slime but nothing in depth. I had no idea this world existed and my kids had spared us slime in the house. Karen had always come to me with ideas and often would work on branding for a number of companies she had started. When Sloomoo was introduced, I knew the character would be perfect.

Do your kids play with slime.

If you could create your dream slime, what would you call it

Well I’m not much of a slimer, but if I could create a slime it would be virtual. I’m a bit OCD.

What else are you working on?

In 2001, I started a digital agency called Calliope Studios. Most of our time is spent coming up with creative concepts and branding for companies. With the pandemic we had to re-evaluate ourselves and our business. We created evolvetogether™ to bring medical grade masks direct to consumers. We’ll be launching kids concepts for custom masks very soon!