The Youtuber and Instagram star discusses how she got into slime.

Our chat with this influencer-turned-slimer got personal. She talks mental health, her journey on social media and her personality on and off camera. 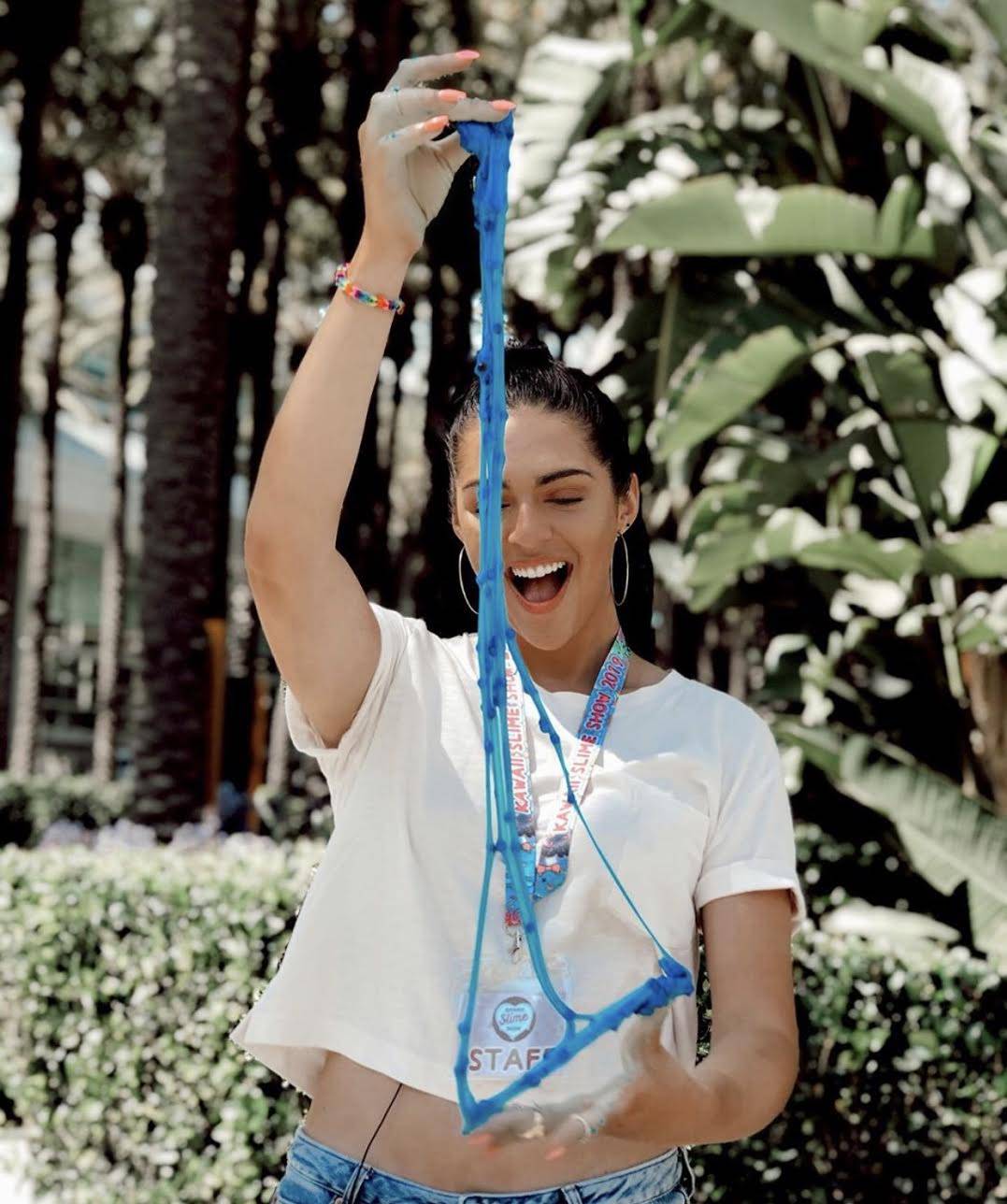 What’s been your favorite slime video to create for your Youtube channel?

My slime supplies shopping videos! I love filming them because I feel truly in my element. I love vlogging; it's my favorite form of content. It’s so raw, real, I find it to be a great way to integrate absolutely anything into a video and have it still be authentic, i.e., working with brands, integrating conversations and talking about real things like mental health and anxiety. As someone who struggles with anxiety, I try my hardest to open myself up as a person my viewers can confide in. I feel like their big sister and that is such an honor. I am a big sister in real life and online to the sweetest angels. :’)

Do you always have a big, bubbly personality on and off camera? If not, how would you describe yourself?

Oh DEFINITELY. I'm very self aware that my personality is big and I'm honestly so proud of that. I never used to be confident or secure enough so I would ‘simmer down’ my personality to be socially accepted if the situation I was in didn't call for my ‘big’ personality. It’s funny to reflect on how I used to do this because the thing I was repressing ended up being one of my favorite things about myself. It’s what makes me me. Im 6’0 tall, have a lot to say and a big personality to say it with. I would rather be fully myself and have less ‘friends’ than put on a fake image. I like to say I'm an extroverted-introvert because 90% of the time I'm go-go-go, constantly putting energy every which way, but I also need time to recharge my battery by myself.

I created my YouTube channel in 2013, I was in my 2nd to last semester of senior year in high school. I was a yearbook co-editor and formally a yearbook photographer, so I owned a DSLR camera with a nice lens. I grew up in a small town and by small, I mean I had 120 people in my graduating high school class kind of small. I have always been very out-of-the-box. I would dress up all the time in costumey-looks with fake jewelry up to my elbows. I love expressing myself through fashion; it has made me so happy. I carried this with me throughout middle school and high school. I would always wear heels and ‘stylish’ clothing that definitely wasn’t cool to wear in a small town. On top of that, I did modeling jobs and was in competitions to model with Wet Seal and Delia’s. Naturally, I was bullied for it and I feel that I had quite a bit of built up angst and anger because of it. It was around this time I found myself falling into watching YouTube and I filmed my first video in November 2013 where I hauled my Black Friday shopping purchases.

What did you do in journalism prior to starting slime and how has it crossed over?

I started college in 2014 and graduated in 2018 with a Bachelors of Arts in Multimedia Broadcast Journalism from the School of Communications at Grand Valley State University in Grand Rapids, Michigan. I had entered into college after a year of doing YouTube, super inconsistently, not seriously, but I was uploading. I received my first YouTube paycheck in January of 2016 for $120 or so. Three years of unpaid work, side hustling and going to school full time for $120. Here’s the thing, I just genuinely loved creating content so it was never about the money. I was learning about video production, editing and communications while in school and the idea of doing this "YouTube thing" full time after graduating became more and more alluring. I was learning so much everyday, interning at a local radio station, creating video projects weekly and I felt my passion for content creating truly ignite. As time progressed, I was posting almost daily on YouTube absolutely so driven and in love with it, the idea of self employment, but also having my Bachelor's Degree. I went full-time with Youtube in the summer of 2016 and for the first summer since I was 14, I didn't return to my job at Michigan’s Adventure where I had worked for the last 6 summers prior. I used to work long 12-14 hour shifts in hot, humid summers and I appreciated every cent I made. I never lost that appreciation and it is one of the biggest motivators in my self employment journey. Between my past jobs, my degree and my internships, the structure I was given and absolute hustle I had to dedicate gave me every ounce of fuel to work for myself.

I got into slime because like most of us, the slime queen, Karina Garcia set us all off on our slime obsessions. I first made some “DIY edible candy slimes” in 2016, which basically means I melted candy in the microwave and rolled it in corn starch, then called it slime. 2016 slime was a whole different ball game than it is in comparison to now, but in the greatest ways. In 2019, slime knows no bounds. From types of slimes to ways of integration, slime seems to find its way everywhere (literally everywhere). 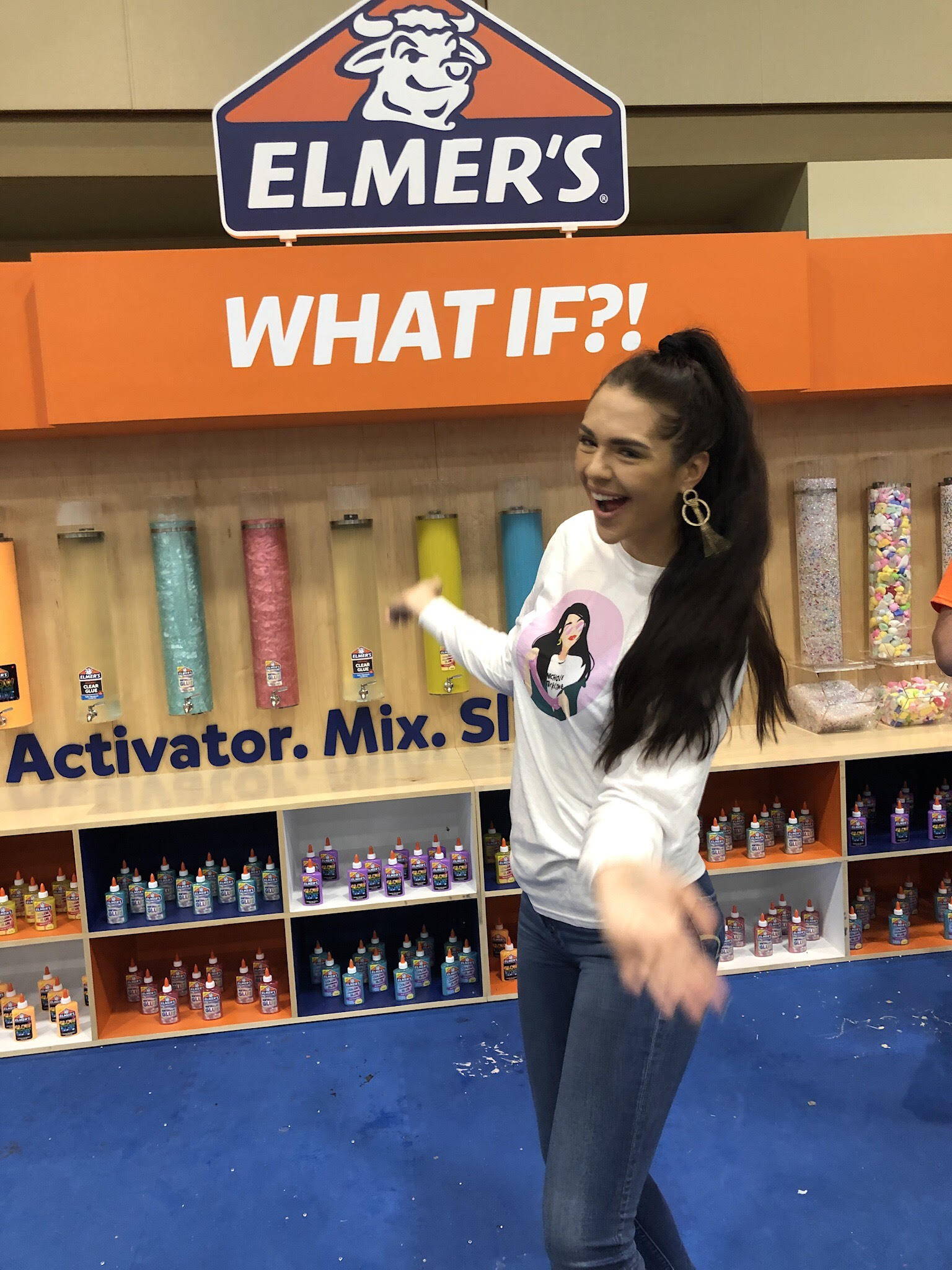 To be broad, I'm known for making slime content. I feel that what I'm known for has transitioned over the years as slime has grown and expanded into different realms. Back in 2016 and 2017, I was known for my enormous slime reviews where I would spend hundreds of dollars at a time on one slime shop! Then in 2018, I really started to make more content about my slime shop and after creating the "Restock My Slime Shop With Me" series I was definitely known to make that kind of content. This year, I feel I am known for making slime supplies shopping videos, but completely over the top, of course! Who's down to go shopping with me and buy $500 of glue? 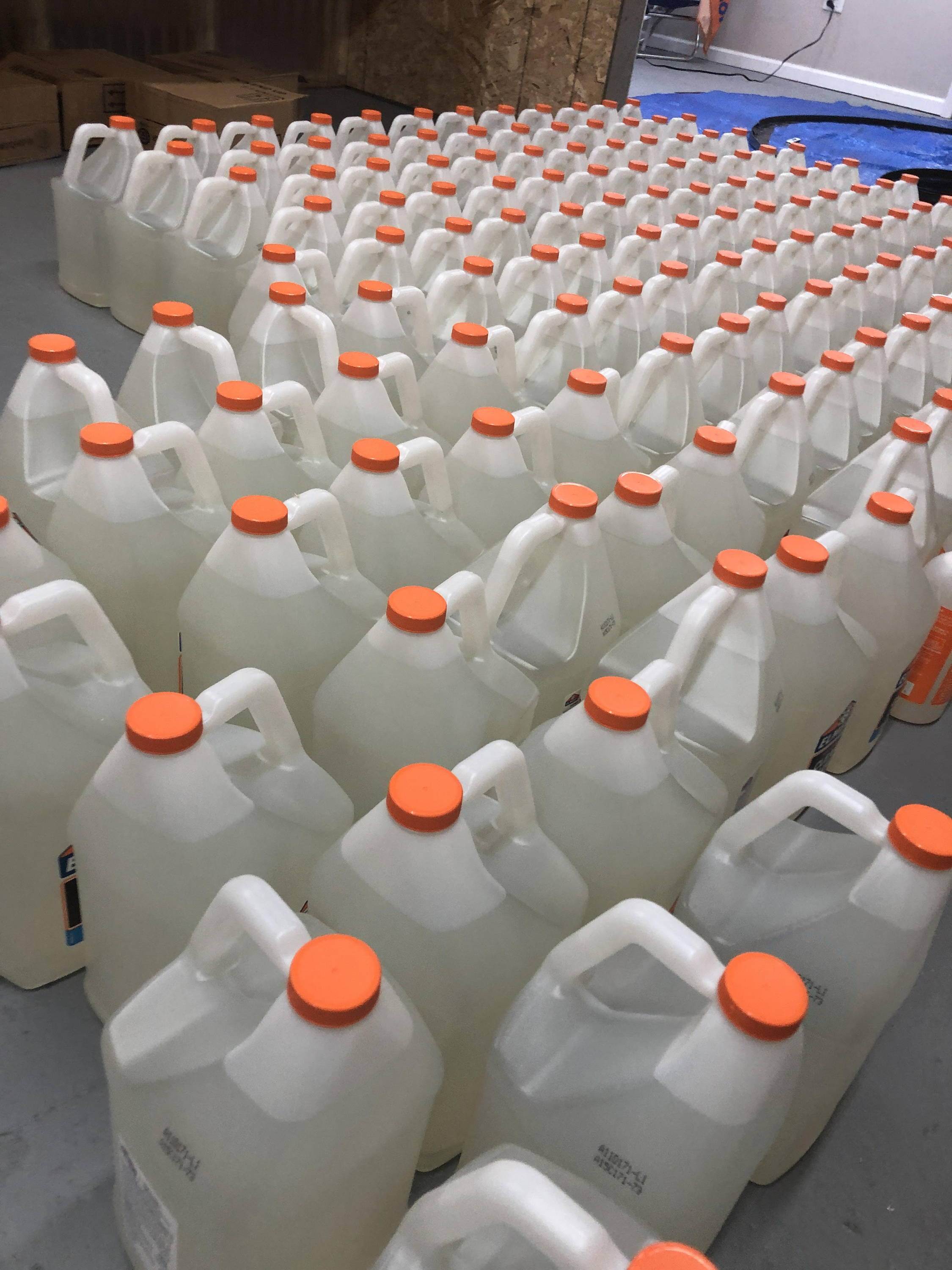 Who are your favorite underrated slimers?

HOW DO I CHOOSE! There are soooo many incredible slimers out there that are SO talented it blows my mind! Off the top of my head, I think @okfunslime is my favorite right now and she deserves millions of followers! She's definitely on a fast race to that point with her creativity!

How has slime changed your life?

It really is comical, in the best way, that I'm replying to this right now. I just never thought YouTube would become what it has for me and that I would actually get to do this for a living. Slime, YouTube, Instagram, owning an ecommerce business and everything in between has taught me more than I could have imagined. It has taught me how to let go of the negative comments, the hate and dealing with day-to-day people minimizing my career because they ultimately don't understand it. I have grown tough skin through all of this and it has given me the strength to live a life filled with great things. Not to mention all of YOU GUYS! I hate using the word “fans” because I don’t feel like I have fans, Billie Ellish has fans, I just have a lot of really incredible people supporting me.